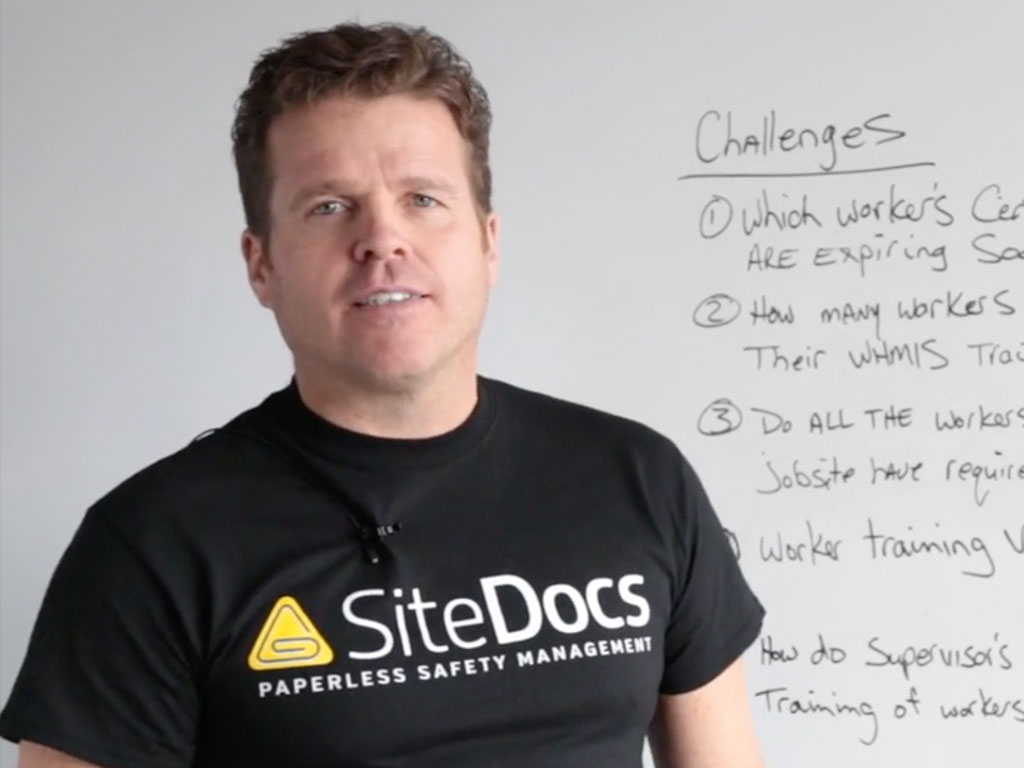 We’d like to share a story with you that one of our customers shared because it shows how we’ve gone so far beyond a paper-based system and are providing safety management systems that are easier, faster, and better.

This company had an incident where someone hurt themselves and the enforcement agency gave them what’s called a stop-work order. The company was forbidden from performing this particular task anywhere in the province until they could confirm how they had identified that situation, put controls in place, educated all of their workers on it, and come back with a report. Once all of that was complete, the stop-work order would be lifted.

Using their SiteDocs Safety Management Software, the Safety Coordinator did the report instantaneously with the supervisor on-site, guiding him through the incident reporting procedure to ensure everything was in place and they had all the information they needed. The supervisor could track and monitor this in real time right from his office, as this was a remote location. Once they had the incident report, the Safety Coordinator wrote a safe job procedure and uploaded it to their SiteDocs Resources library, which was instantly available to all of their jobsites. The workers were able to review it and add comments as to what changes needed to be made. The Safety Coordinator rewrote it and uploaded it again so the workers could review it and sign off. Now he had all of their signatures back at his office and the report was complete. He was able to provide it to the enforcement officer later that morning and he said that in the past that process took four to six weeks to complete.

We think of this as a daunting task in a paper-based system, but now we can do it with the timelines that we would need in order to keep people safe, to keep people working, and, more importantly, to be confident in our safety management systems because they are easier, better, and faster.

Schedule a 30 minute web session to see a web presentation and get your questions answered. 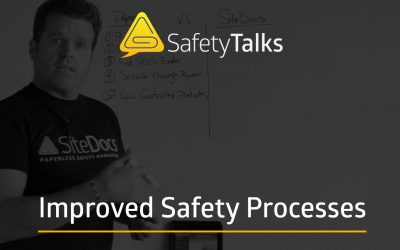 Improving Your Safety Processes We are hearing incredible stories from our members implementing brand new processes now that they are beyond those paper-based limitations that we had in the past.  ... 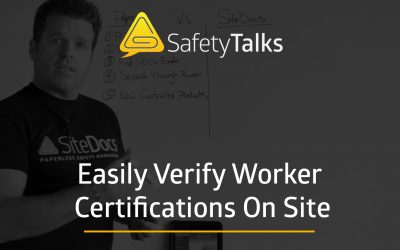 Easily Verify Worker Certifications on Site How do you manage your worker training & certifications and ensure workers on site have the required training. Today what we want to share with you is... 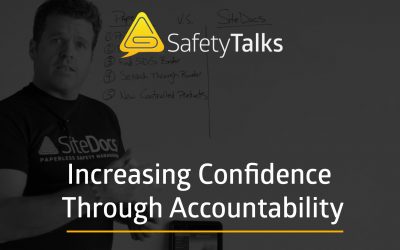 Increasing Confidence In Your Safety Program with Accountability

Increasing Confidence Through Accountability In this Safety Talk video, we are going to explore how you can use safety management software to achieve greater accountability from your workers,...

When's a good time for you?

Pick a date and time for a 30 minute online meeting where we can walk through a demo of SiteDocs and answer any questions you might have.